The Royal Society for the Conservation of Nature 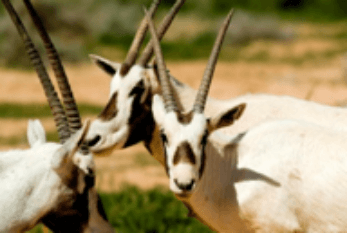 The Royal Society for the Conservation of Nature is an independent national organization devoted to the conservation of Jordan's natural resources. Under the patronage of Her Majesty Queen Noor, RSCN was established in 1966 with His Majesty the late King Hussein as Honorary President. RSCN has the mission of protecting and managing the natural resources of Jordan, for it is responsible for protecting wildlife and wild places. Thus, it is one of the few national organizations in the Middle East with such a public service mandate.

As a result of its pioneering conservation work, the RSCN has achieved international recognition and acclaim. Managing the nature resources of Jordan is done by setting up protected areas to safeguard the best wildlife and scenic areas as well as breeding endangered species to save them from extinction.

RSCN has established many achievements. The foremost of which is establishing seven protected areas covering over 1200 square kilometers. These areas comprise of wild plants, animals and other natural resources, while including some of the finest natural landscapes in the country.

The development of large-scale conservation programs designed to integrate environmental protection with the socio-economic development of local people is another task for RSCN's team.